The Bournemouth Takeover: 24 hours in the first digital identity city

It’s official: digital identities have arrived on the beaches of Bournemouth. The English seaside resort best known for its seven miles of sandy beaches, Victorian architecture and buzzing nightlife has made history by becoming the first UK digital identity city.

With the arrival of Yoti as a valid form of ID at local venues Cameo, Walkabout, Halo and Yates’s, Bournemouth becomes the first British city to replace ID checks with digital identity verification.

Just like the capital of Italy, the first digital city wasn’t built in a day. It didn’t quite take 276 years either, but on Wednesday 31 January, the Yoti team made the journey south for the official Bournemouth Takeover.

Here’s a run through of the first 24 hours, in the first digital city.

Marketing’s head honcho Chris was up early on Wednesday and straight in to an interview with BBC Radio Solent. For those who don’t know, that’s the BBC Local Radio Service for the Isle of Wight, Hampshire and, of course, Bournemouth’s homeland of Dorset.

The Telegraph, Engadget, Yahoo Finance, The Register and BBC South Today all ran stories too.

Tim Howard from Deltic—the UK’s largest nightclub chain and Yoti partner—joined Chris for the interview. As the umbrella company that manages venues like Cameo, Pryzm and Oceana, the Deltic Group and Yoti have joined forces to bring digital identity verification to the doors of nightclubs and bars around the UK. 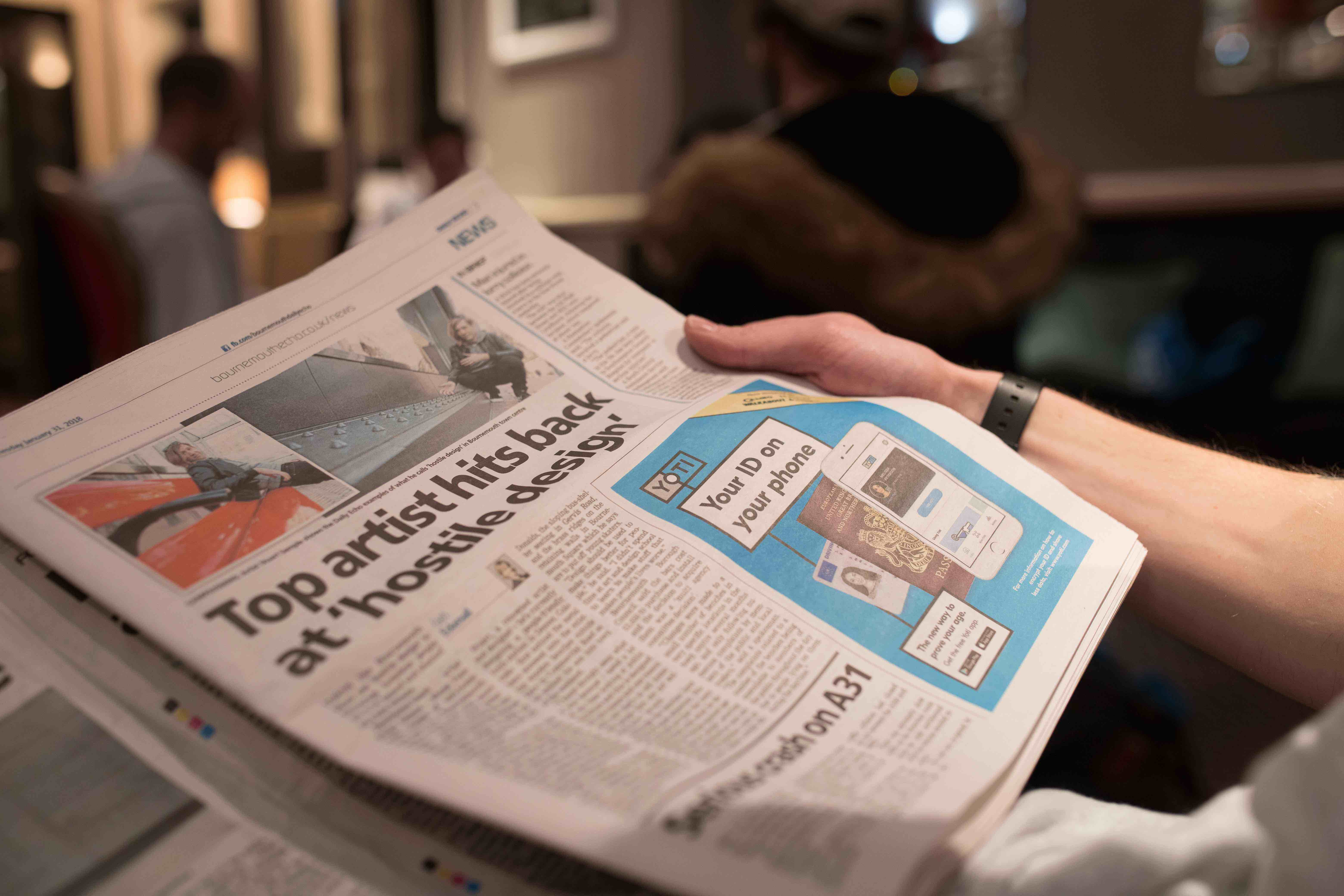 With the team in town, the guys took the opportunity to pop in and see some of the business owners already accepting Yoti. On the day, there were five nightclubs and bars, a tanning salon, tattoo parlour and range of estate agents all accepting Yoti as a valid form of identification.

For local tattoo artists Dan and Jules, it’s exactly the peace of mind solution they’ve been waiting for.

Despite the fact that most of the Marketing team only graduated from university three or four years ago, things have moved on quite a bit since then. As much as it pains them to admit it, they’re not students anymore.

They’re a little out of touch now and so the team needed some help from the people who know students best. To make a splash in Bournemouth, Yoti needed a crack team of super-students—ones with a presence around campus and sizeable networks on social media to create a buzz around Yoti.

Cue We R Native. We handpicked Duane, Liam, Gus and Josh from Native’s Student Ambassador programme to be our inside men on the streets and campuses of Bournemouth.

With their help, we were able to turn the student housing districts blue with Yoti posters and flyers for our night at Cameo later that day. On the night itself, Duane helped work the queues into Cameo to promote the new alternative to carrying a driving licence or passport on nights out. 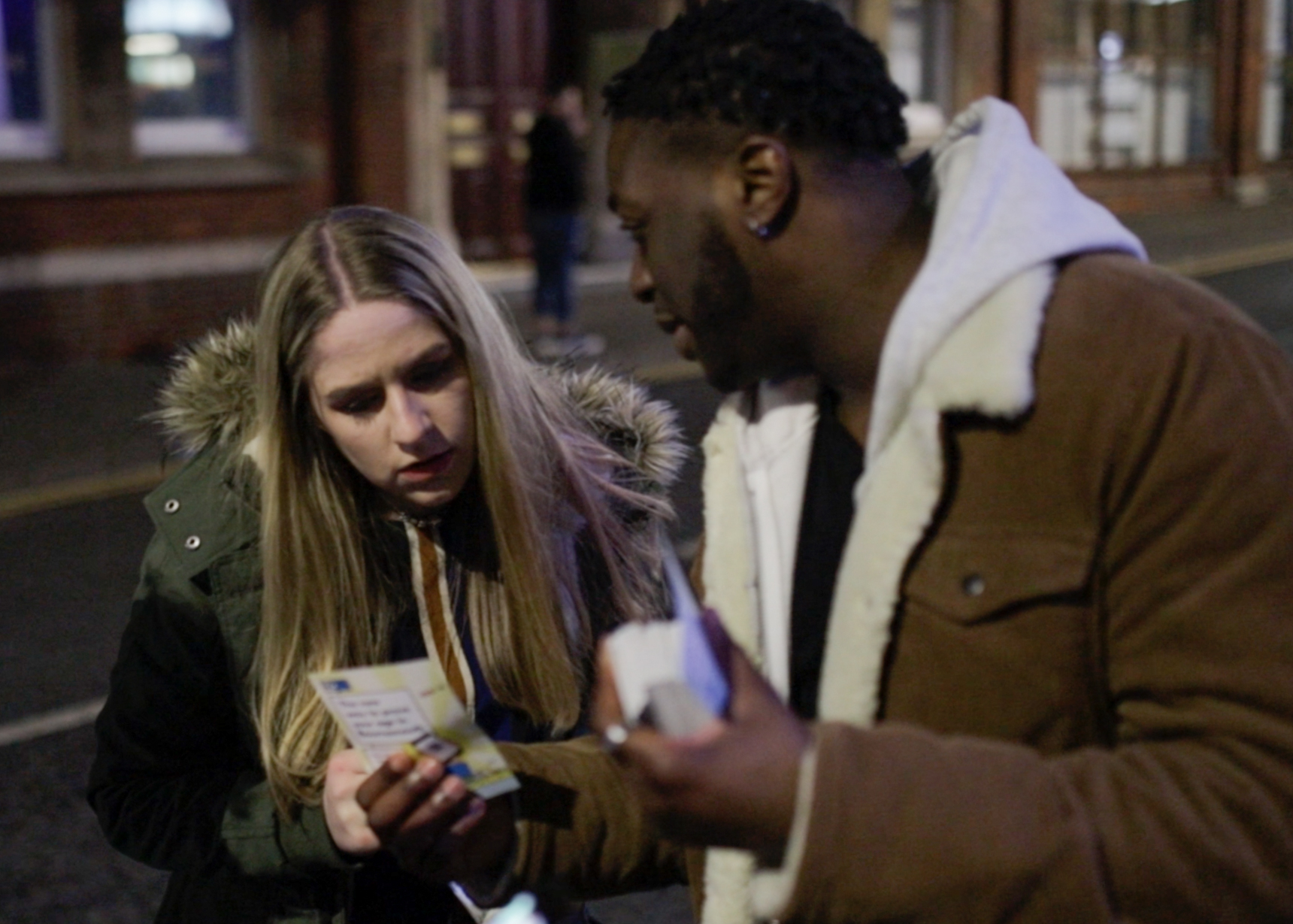 Word on the street

Our in-house photographer, videographer and social media savant Ashley was charged with capturing the reactions of business owners and the people of Bournemouth to Yoti arriving in their city.

Most people we spoke to hadn’t heard of Yoti yet, and that’s to be expected. But everyone we spoke to loved the idea of having their ID on their phone.

A girl told us she’d lost her passport 10 times in the last few years. Each time she had to fork out £70 for a new one. Not needing to rely on her passport to prove her age would save her the stress and the expense of losing it.

One guy we spoke to was bemused that it hadn’t already been done. He said that he does everything on his phone now; it was about time he could store and share his identity details using an app.

The main event was the Yoti sponsored student night at Cameo. Students who had downloaded the Yoti app were given free entry to the club and a free drink at the bar.

By the end of the night, more than 200 students had gained entry to the club with Yoti. Here are some of the highlights.

Coming to your city soon

Bournemouth is the first digital city, but there are more to come. If you’re a resident or student in Cardiff, Nottingham, Cambridge or Leeds, expect Yoti to roll into your city soon.

Today marks a landmark day for Yoti. We’ve been selected by the Improvement Service in Scotland to help transform local...

We’re delighted to be nominated for the Safer Dating Award at this year’s UK Dating Awards. These prestigious awards, in...

This is the first field diary entry from Tshepo, one of our Yoti Digital Identity Fellows. His year-long research project...