Are You One Of Those People Who Never Forgets A Face?

Police officers with exceptional face recognition ability have transformed the way the police deal with CCTV footage. Using a skill possibly possessed by just one percent of the population, they are substantially increasing suspect identification and conviction rates.

These ‘super recognisers’ aren’t a new phenomenon: awareness of this ability dates back centuries. They were even used by Roman Emperors during crowded events to determine who was friend or foe. However, scientists are still finding out if it is a skill you’re born with or something you can learn.

Scientists think it’s something to do with two regions on each side of the brain called the fusiform face area. This is the part of the brain responsible for identifying faces. Super-recognisers show much more activity in this area when they look at images of faces. This is the area in both the temporal and occipital lobes which we also use to process colour. There may be positive links with extraversion and also being on the autistic spectrum.

Think you’ve got what it takes? Have a go at this small test. Answers at the foot of the page: 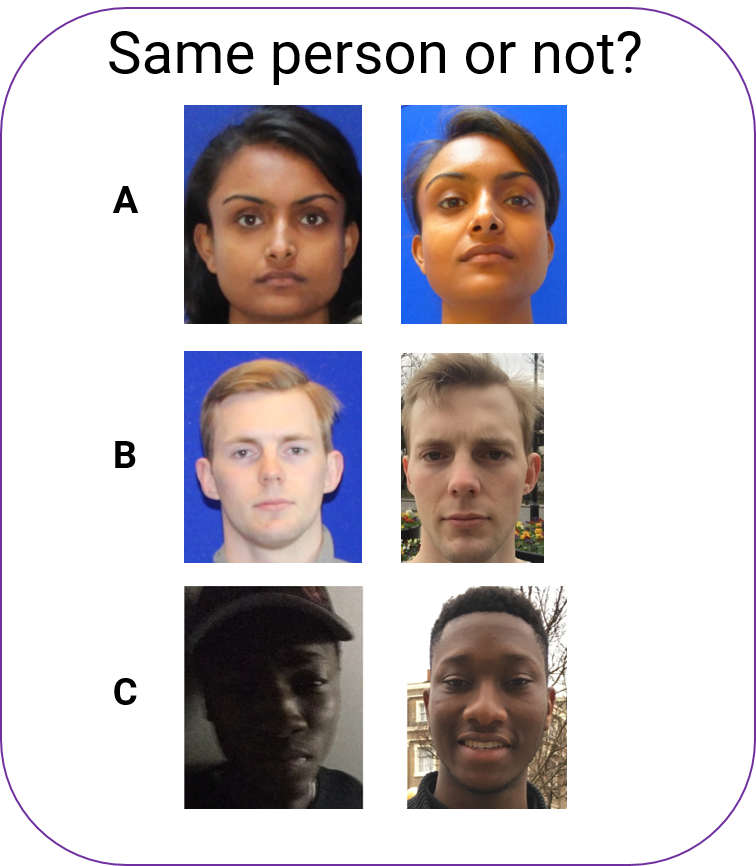 What’s the difference between a super recogniser and the ‘average’ recogniser?
The average person can recall 20 percent of the faces they see while super recognisers are able to remember 80-95 percent. If you have experiences where you often recognise people out of context – like the same actor in different movies – or if you tend to to recognise someone before they recognise you, then you may be one of the few.

Super recognition is increasingly being used in organisations and businesses
Recognisers have been deployed by border control teams at airports and by the police to keep the streets safe – scanning CCTV footage from multiple boroughs in order to provide evidence of identification to use in court. Now, other uses are being found: Yoti, a new company aiming to create a digital ID on your phone, is aiming to bring border control-level security to everyday situations, both online and offline.

The company is currently recruiting a team of recognisers, who’ll be used to verify that someone is who they claim to be. To find out more about the Yoti app, and to apply for the company’s Face Checking Team, click here.

This is the second field diary entry from Tshepo, one of our Yoti Digital Identity Fellows. His year-long research project...

In every business, there is a constant pressure to maintain a competitive level of customer experience, security and price. That...

In 2006, the Council of Europe (CoE) decided to launch an annual Data Protection Day on 28 January. This date...